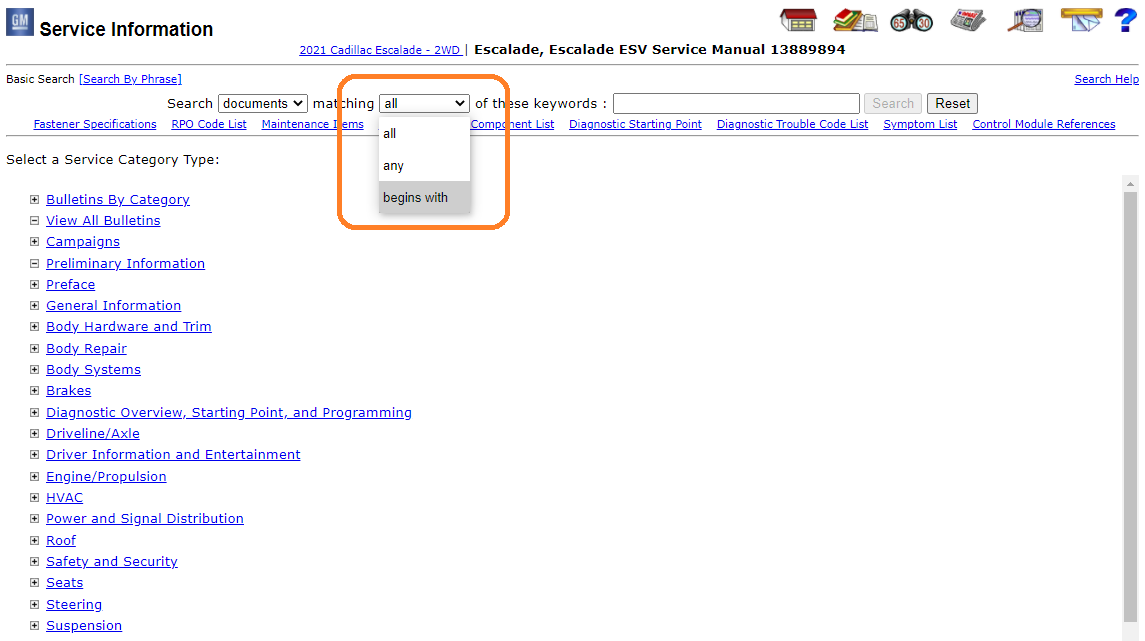 The latest update to the Techline Connect software that was recently released includes changes designed to enhance the efficiency and productivity of the application. A few of the changes in the update include:

*   An enhanced SVG graphics tool in the Service Information, which offers faster load times for graphics as well as improvements to the tool features. In addition, the print functionality now includes the ability to print with or without red line information in the graphics. The separate print preview function was removed and print preview is incorporated into the print function.
*   The keyword search in the Service Information features a new partial search function. The dropdown menu for searches includes “All,” “Any,” and the new “Begins With.” (Fig. 22) Using “Begins With” allows users to input only a partial word or number. For example, instead of typing “Navigation,” only “Nav” can be input or instead of typing an entire DTC number, only a partial number is needed.
*   The no activity timeout for Techline Connect has been extended to four hours.
*   The Techline Connect installer has been enhanced to allow for easier updates when updating from older versions. The latest version of the Techline Connect installer is available for download from TIS2Web or the GlobalConnect app center. The Update Manager that is part of Techline Connect performs all updates needed to keep the applications up to date when logging in to Techline Connect, including GDS 2 and MDI updates along with large calibration files (if configured in the Profile Preferences). To ensure all updates are downloaded properly, make sure your dealership’s IT department correctly configures all of the Techline PC’s security settings.

TIP: If the PC’s security settings do not allow updates to occur or be seen by the user, Techline Connect will continue the log in process. As a result, the app may not be up to date at all times. If a core update for Techline Connect is not made, it will affect all of the component apps.

Updates for Techline Connect are typically released on weekends. If an app works on Friday, but does not on Monday, it may be due to the PC security settings not allowing the update.

Check the Messages box at the top of the Techline Connect dashboard to see if an update has been released and should have been downloaded. A message will be sent out when all updates are released. If the download did not occur, it may be necessary to contact your dealership’s IT department or the Techline Customer Support Center.