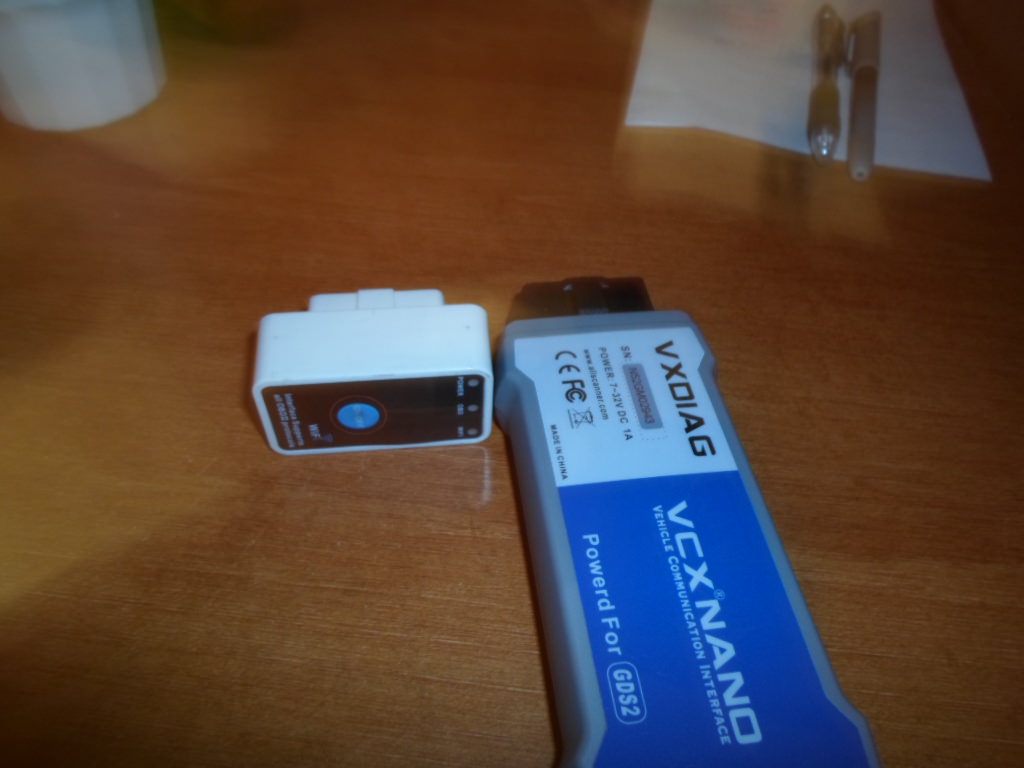 Yep, I set up both GlobalTis and Tis2000 in a new XP machine to get it working with the GM VXDIAG VCX Nano

So if one is tech savvy, GM Nano is not a bad deal, since it also comes with GDS2 as well to work on newer cars.

The downfall, unless you have everything loads on say a small tablet wit touch screen, then most laptops are too bulky to be used while you are in the car instead.

Plus, still have not figured out the problem of why the Tech2win software is not working on my machine, and still running it, and all the other software on a older 32bit windows machine instead.

So I still giving the tech II clone the better thumbs up for working on the C6, since its a perfect size when you are in the car, plus the TIS200 software that comes with it, it one click loading from the disc instead.

To add, when you are doing the above to VM into SD, once you have the VXDiag manager program installed in 4, make sure open the manager program, update your license key, then down load both the apt programs so it will install the needed VXDIAG scanner select in step 19. Hence if all you get with the “generic Pass Thru diver is just MDI and MDI2 only, then you can need to cancel back out of Tis2000, go into the VC manager program, update your license on the Nano, then install both the pass through and GM/GDS2 program from that same screen. Once you have done such, then you can go back into Tis2000, go to IO, select Generic pass thru, and now you would have the VXDIAD scanner under the MDI and MDI2 selections to select.

Also, the SDS program in Tis2000 is the only one that will work the Nano in pass through mode. The rest are for a Tech II hand unit that your not using instead.

So tech2win running native with any luck on a Win 64bit machine ( may have better luck with an AMD machine, since I gave up trying on an intel 7 machine, and just running that on a win 7 machine Next you run GDS2 in a VM machine using the two file you have, the another vm machine running a full version XP, with the the above way to set up Tis200. And no, you can’t install tech2win on the full XP VM machine, since it want to run in Win 7 32bit instead.

And just a FYI, to try to pull off the two VM version in Win 7 running in the free virtal PC you can download from MS , if you used to the speed of the new win 10 machines (SSD drive and more power/memory that you can really use short of gaming), VM’g on an older 7 32 bit machine with a M processor, its brutally slow to say the least.

VERY GOOD TIP might help you if you don’t have good luck with GM Nano:

Don’t feel bad, since I pulled my clone apart to just take a look at the solder joints to clean them up when I first got it so they would not cause problems, saw the cheap knock off DC to DC converter then, and have a back up to replace mine when it goes bad as well.

If nothing else, when you go auto bleed the brakes, you don’t have the huge GM Nano hanging down that you have to sneak your foot under it as you cycle the ADS pump and ride the brake pedal. Hence going to be a bitch to do driving data runs with the Nano plugged in, since it hangs down so low and really gets in the way if you are trying to drive the car.

Hell trust is, for checking the engine and doing engine data logs, find it easy to just run my low profile wifi Elm 327 and run scan master elm via the laptop on the bench. Hence the low profile wifi elm327 came with a copy of scan master via amazon for $19, and also works with my Iphone running dashcommand for driving, since the elm327 wifi device only site about an inch below the OBDI port when plugged in.

Where the tech II comes in (and GM Nano), is the rest of the car, since the scan master/other types of basic scanners can not get into the body modules to pull and clear those codes, nor get you into the special options as well.

As for HPtuner over EFI live, have both and can’t really say for sure which is the better tuning software. Hp tuner has come a long way with extra options, while EFI gave you access to all the options from the start instead. Also, these are both good devices to use to do driving data runs like the Tech II clone as well, since when plugged in, the the cords can be tucked up to not get in the way either. And up against my wifi elm327 that I use more often with Scan master or dash command for driving data logging runs instead. So lets add in a obd2 extender cable that should be thrown in the mix for the GM Nano for driving data logging that going to be needed as well.